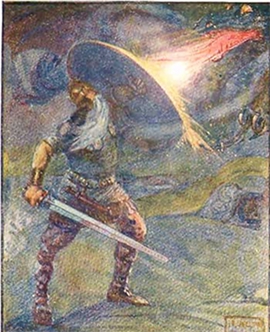 The Red Ash World Engine is first and foremost about providing a standardized method of designing a limitless supply of unique species to populate vast worlds for your players to explore in. One thing that adds spice to a species are its traits.

Not all traits are beneficial or even what you would even think of as being a trait. As an example of a more mundane trait look no further than gore. Gore allows the character to use its horns to attack and do damage. Without gore a species can still have horns, but they are purely decorative and too brittle for combat. The trait deformity is a weakness. Like all weakness traits it is intended to have a negative effect for a character based on a species that has this trait. The bonus for the species is more points to buy other traits.

Traits are defined by a number of characteristics and I will cover them here.

Red Ash World Engine by Chris A Jokinen is licensed under a Creative Commons Attribution-ShareAlike 3.0 Unported License.
Based on a work at www.redash.org
Visitors